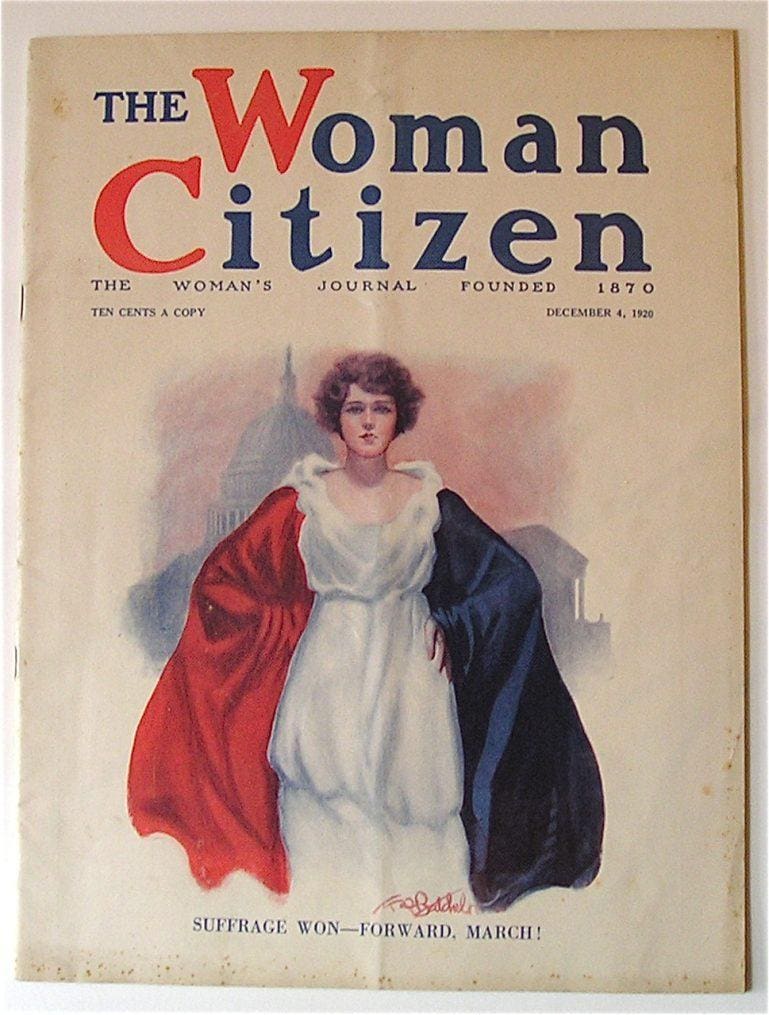 “At Larkin street a crowd of women came in. They were on their way to the Women’s Congress. You would have known it by the important-looking little documents they carried, by the fuss and flutter of their conversation, by the demure, business-like style of their clothes… and the self-confidence in their brisk movements…..

”All kinds and degrees of women. They filled hall and balcony; they stood against the walls, and, standing, filled the aisles. They were enthusiastic and hopeful and full of excitement…But the most striking thing about this woman’s convention is the spirit of camaraderie it fosters…. They have learned how to disagree without quarreling, and they are willing to admit that there are two sides to a question and an infinite number of points of view.”

Women would not have the economic, political and social power we have today without the fearless women who attended this California Woman’s Congress of 1895 – as reported here in the San Francisco Call by Miriam Michelson, my great-great aunt – and the many other women who fought ceaselessly for women’s right to vote.  Miriam was a pioneering female journalist and fiction writer who used the power of her pen and her creativity to advocate for women’s rights and opportunities. 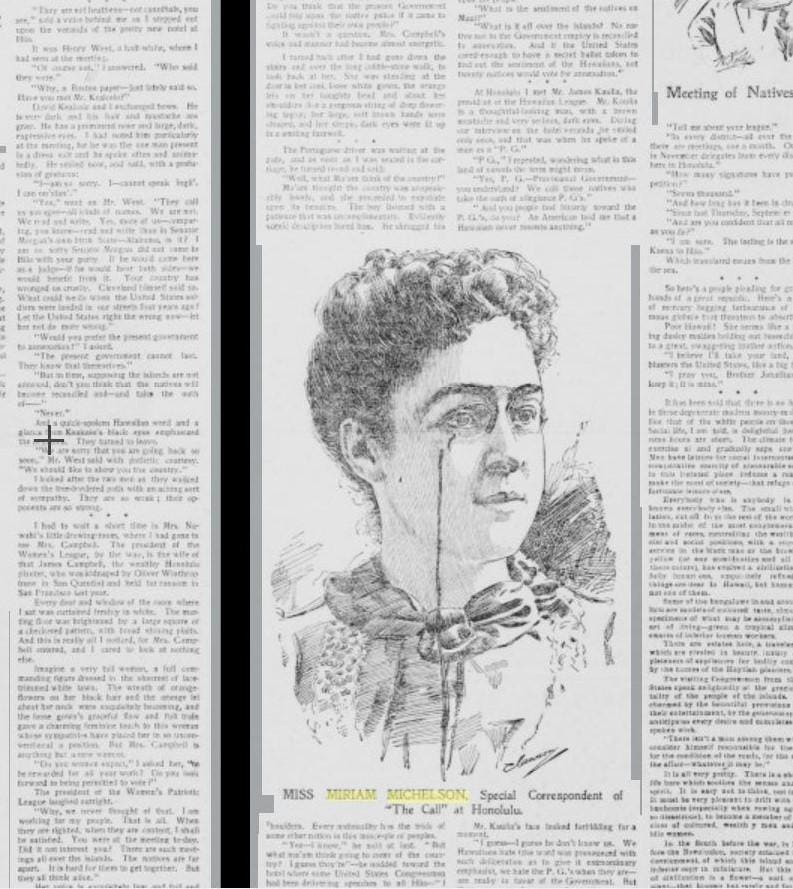 As we commemorate the centennial of the 19th Amendment that gave women that right to vote, and Women’s History Month 2019, we pay homage to those who put their lives and livelihoods on the line for this momentous effort: Susan B. Anthony, Elizabeth Cady Stanton and the other women of the suffrage movement, as well as the all-male 66th Congress that ratified the Amendment under President Woodrow Wilson.

We should also celebrate the women journalists of the time, like Miriam Michelson, whose relentless and vivid coverage was pivotal in achieving passage of the 19th Amendment.

Brave women journalists leveraged the power of print culture (magazines and newspapers) to drive change, according to Dr. Lori Harrison-Kahan author of the new book The Superwoman and Other Writings By Miriam Michelson.  (Full disclosure: I wrote the foreword to this book.)

The conventions convened and organized women; the organizations created committed, tireless activists and found funding for their efforts. But it was the journalists covering the conventions, telling their stories, and interviewing suffragists like Susan B. Anthony, as Miriam did (and their editors who printed the stories), who kept the movement alive. They kept it in the headlines, bringing the public and lawmakers into the debate and the debate into their homes and hallways, thus keeping the movement top of mind and propelling it forward.

Miriam leveraged her celebrity as a rare “girl reporter” and best-selling fiction writer, and the platforms her editors and publishers allotted her, to bring attention to issues she thought needed it, such as women’s rights, and the rights of immigrant and underprivileged communities. 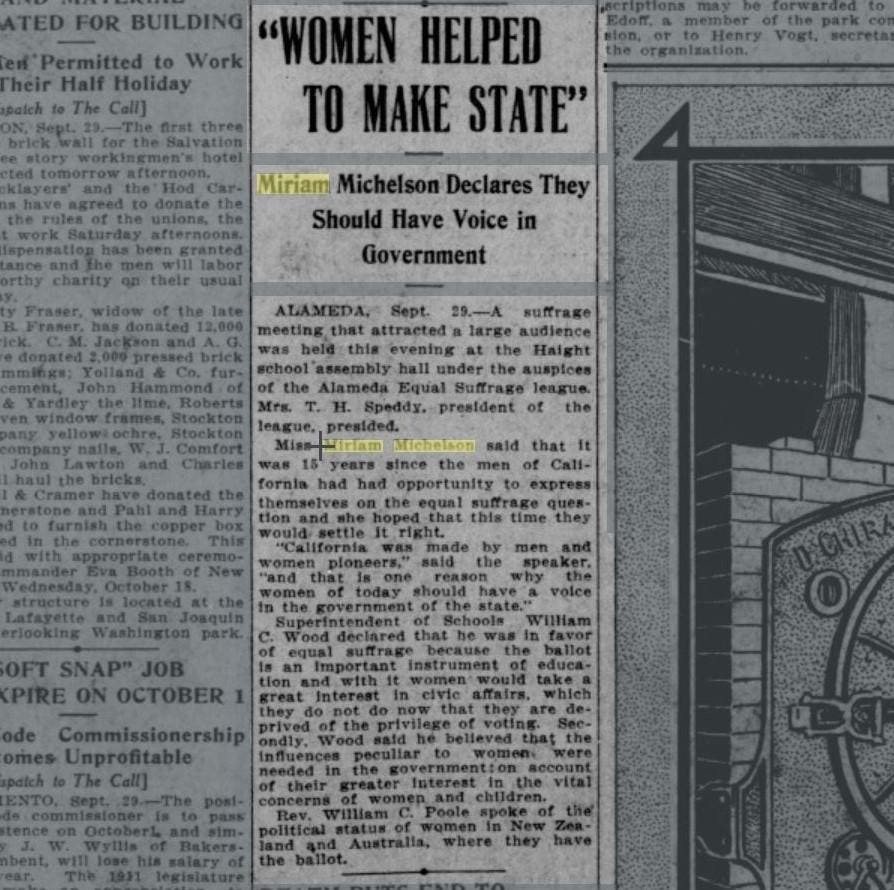 Screen shot of article about Miriam Michelson on the need to women to have a voice in government. San Francisco Call 1911,Volume 110, Number 122, 30 September 1911

She used fiction to challenge gender stereotypes, shed a light on sexual harassment, and point out the injustices of chauvinism in a disarming way, even using humor.  Her best-selling 1904 novel “In the Bishop’s Carriage,” with a female thief as the protagonist, was adopted for stage and screen starring Mary Pickford in the first silent film version.  “In the Bishop’s Carriage tapped into the zeitgeist of the new American century, establishing Michelson’s reputation as a writer attuned to the sensibilities and desires of modern women…,” Harrison-Kahan explained. It was even celebrated by the then-Speaker of the House of Representatives, Joseph Gurney Cannon, which was highly unusual.  Another sign of her notoriety was that Miriam’s byline appeared on the cover of mass-circulation magazines, such as “The Saturday Evening Post,” when her stories ran there.

Miriam was so well-known that when her brother Albert Abraham Michelson won the Nobel Prize (1907, physics), he was referred to as “Miriam Michelson’s brother.”  Her 1912 novella “The Superwoman,” published in “The Smart Set” magazine (the precursor to “The New Yorker”), tells a powerful story that takes place in a matriarchal island society, and is considered some of the source material for the “Wonder Woman” comics.

The Pulitzer-prize winning author Edna Ferber (e.g.,“Show Boat”), among many other women writers and journalists, were inspired by Miriam. Ferber wrote in her autobiography that Miriam Michelson’s fictionalized reporter Rhoda Massey in “A Yellow Journalist” inspired her to become a journalist:   “Those were fresh and racy newspaper stories all about a woman reporter and her dashing adventures on a big-town paper. There was the kind of newspaper woman I wanted to be. Immediately I dramatized myself as the Girl Reporter.” 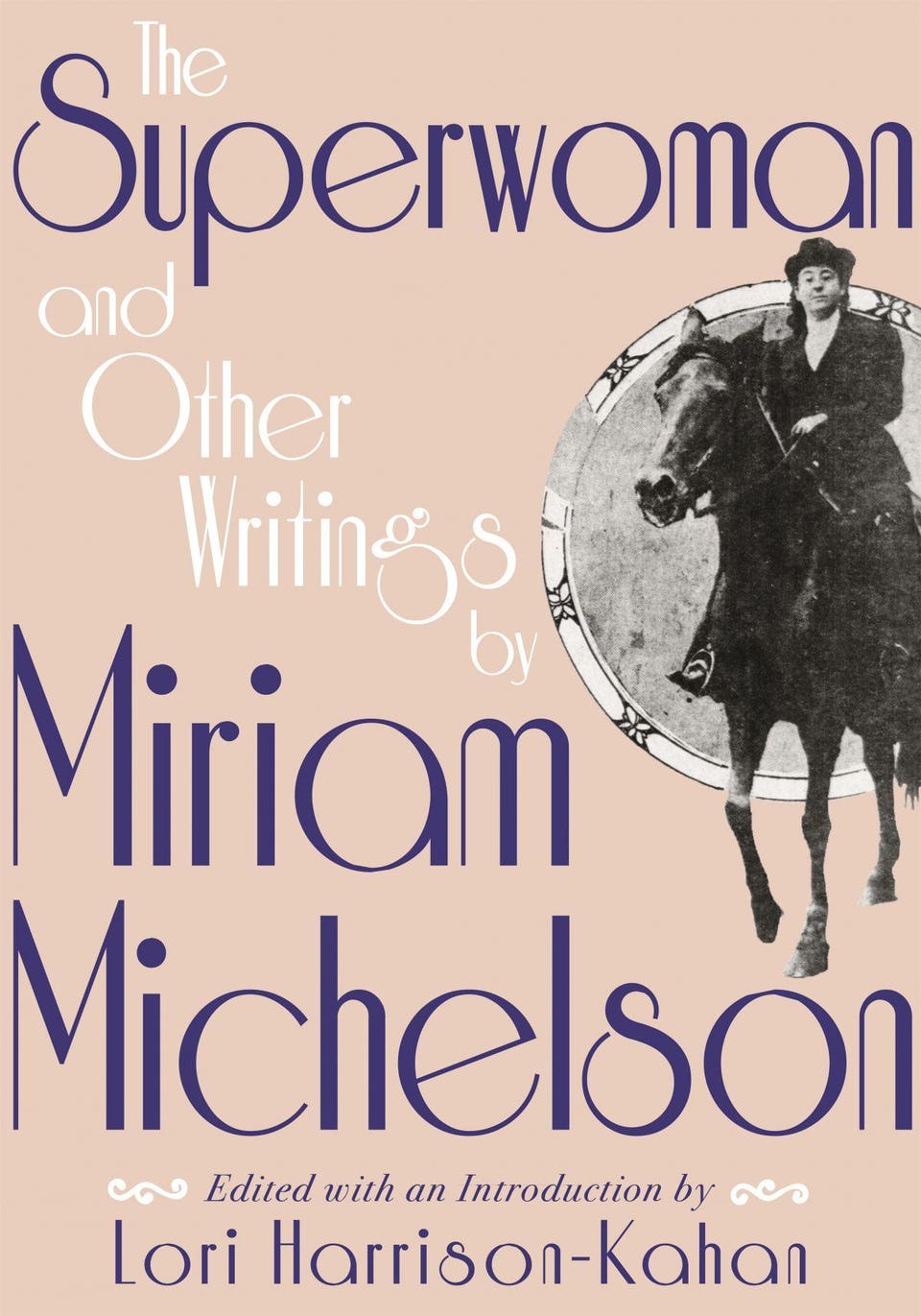 The Superwoman and Other Writings by Miriam Michelson, by Dr. Lori Harrison-Kahan, Wayne State Univ. Press 2019

What Miriam means for women journalists and women’s power, influence and opportunities today

As we commemorate the centennial of the 19th Amendment, and remember the stories of these courageous women, celebrating and being grateful for their grit and perseverance, we would be wise to also acknowledge how much has not changed.

“These women (Miriam and the other handful of female journalists of the era) were in a very vexed position, because they were trying to be (taken as seriously) as a man, but yet in order to get into those newspapers, they had to really emphasize their femininity.” Harrison-Kahan explained.

Miriam’s story reminds us that women journalists bring different voices to the forefront – in the stories they cover and the way they cover them.  Yet those voices are still marginalized and devalued in 2019. “Men receive 63% of byline and other credits in print, Internet, TV and wire news. Women receive 37%,” according to the Women’s Media Center’s Status of Women in the U.S. Media 2019 report, which aggregated 94 studies.  They also reported that 73% of editors of the top 135 newspapers today are male (and 90% are White).  Women still mostly report on health, lifestyle and entertainment issues across the news platforms, while men still dominate hard news (policy, business, technology, e.g. ). It bears repeating: These are 2019 statistics.

Women journalists are leveraging their investigative reporting skills and tools like the Freedom of Information Act to bring mistreatment, malfeasance and corruption to light, as well as to unearth the inspiring stories and tips that help all of us be healthier, safer, happier and more prosperous.

Think about Jodi Kantor and Megan Twohey of the New York Times, for example, who with Ronan Farrow of The New Yorker, broke open the #MeToo movement with their bombshell reporting on the  habitual and often predatory abuses of women by men in power like Harvey Weinstein and won the Pulitzer Prize for doing so.  Or, CBS News’ Holly Williams whose gripping and frightening reporting brings the wars and people suffering in Iraq, Afghanistan and Syria into our living rooms.  Journalists across the globe, men and women, are under siege and need our protection, support and respect.

This Women’s History Month, here’s a toast of gratitude to Aunt Miriam, other women journalists and the suffragists, who earned women the rights and privileges we take for granted today and for those who continue to fight for them.  As Abigail Adams implored her husband John Adams during the Continental Congress forming the United States, we “remember the ladies.”

This article was originally published on Forbes.com.